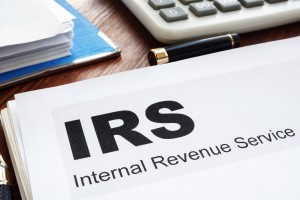 Now that President Biden has signed the Inflation Reduction Act of 2022, it’s safe to comment on some of the provisions. One part of the legislation that has received a lot of attention is an increase in funding for the Internal Revenue Service, and the expectation that the IRS will be hiring a stated 87,000 new employees.

Most Americans should applaud this move.

One of the criticisms often leveled at government is that it is inherently inefficient and wasteful. Many, including myself, have said that if the government had to account for its customers (taxpayers) as a business does, the necessity of keeping your customers happy and having a profit motive would force intelligent decisions into the process. Businesses that do this thrive, those that don’t, perish. So it could be with government agencies, is the theory.

Unfortunately, in the IRS’ case, politicians have starved the agency of funding for years for political reasons. This has resulted in a record level of inefficiency and poor customer service, to say the least. Just this year the backlog of unprocessed paper returns has INCREASED by 1.3 mil. The IRS Practitioner Hotline has around a 30% probability of being answered by someone at IRS. IRS response time to correspondence and notice replies is typically more than 6 months. The computer systems at the IRS are antiquated and unable to keep up with the volume and technology needs of the agency. And examination rates are the lowest they have been in decades.

This lack of funding makes absolutely no sense. If you were running a business with an incentive to maximize operating revenue, wouldn’t you invest heavily in assets that provided funding for that business? Or how about those with a good return on investment? You would. Why shouldn’t the government do the same? The increase in IRS funding of $79.6 billion is expected to generate $324 billion over the next 10 years.  If you were running the country like a business, you would do that in a heartbeat.

What about the 87,000 new IRS agents that according to some reports are going to be armed? If it was on the internet it must be true, right?

Well, many of these new hires will be staff to handle the processing of correspondence and phone line help, including internal IT staff that have nothing to do with collections or examinations. The IRS is currently only able to fill 12% of its open positions and is woefully understaffed. The part about them being armed – the government has always had armed personnel in the collections and enforcement areas. This is nothing new. If I was out in the field trying to collect money from scofflaws and potential bad actors I’d want someone backing me up too.

So, who should be concerned about this increase in funding?  Wealthy Taxpayers who do not report accurately or completely on their taxes should be concerned. IRS audit rates have declined steadily over the years and many people have played the “I’ll never get audited so I will take my chances” game. With enforcement rates expected to increase for high-income taxpayers, those who do underreport their taxes will have a greater probability of being caught and penalized.

The Treasury Department has said that although examination rates are at historical lows, the funding for enforcement of the new law will be focused on households with incomes over $400,000.

For those who don’t have anything to worry about in an examination but still don’t relish the idea of dealing with an IRS audit, it may be an inconvenience you have to put up with.  If you keep good records and can support everything in your tax filings it should be relatively painless should you become involved in an examination. The good news is you’ve been put on notice and can prepare now.

The 79.6 Billion is spread over 10 years. The current IRS Commissioner has been given 6 months to come up with a plan on how it should be spent. Assuming that happens on time, we may see some concrete actions begin to move in place by late next year (2023).