Race to the Bottom 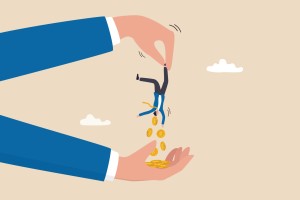 Currently, California is ranked 48th out of the fifty states for tax friendliness by the non-profit Tax Foundation. New Jersey and New York are the only two states that have higher tax burdens on their residents than we do.

I could stop right here, but it gets better.

AB 1400 (Kalra, D-San Jose) is being voted on by the state legislature as I write this piece. AB 1400 is a bill that would establish a single-payer health care system in the state. Although the bill has been floating around Sacramento for almost a year, it had no funding mechanism with it until Republicans demanded it. Now that numbers have been attached to the program it appears that the cost of this state-run system will exceed the existing total annual general budget for the state. (seriously)

To provide the means to fund the program several new taxes are proposed:

1) a 2.3% gross receipts tax on businesses that gross over $2 million,

3) an additional 1% payroll tax imposed on employers who pay employees over $49,900 in wages per year,

These aren’t choices or options, they are all additive.

One can make intelligent arguments both pro and con around the concept of a single-payer health care system. I won’t go down that rabbit hole except to point out that California has such a great track record running the DMV and EDD, what could possibly go wrong?

However, from the tax side, given that we are already 48th in the nation in the tax environment this bill would certainly cement our position as number 50. Looking at it from the opposite perspective, we could be number one in the nation!

There is some hope for taxpayers. The Orange County Register called the bill a “joke” and “political theatre”. The LA Times called it shameful. The reason? It sailed through the Assembly Appropriations Committee (a finance committee) on a party-line vote with no discussion at all. You would think something of this magnitude might have some level of debate. It seems that our legislators want to be on record for voting for something that they believe will never come to pass. We can only hope that’s the case.

If the legislature does approve this bill, look to see it on your November ballot.